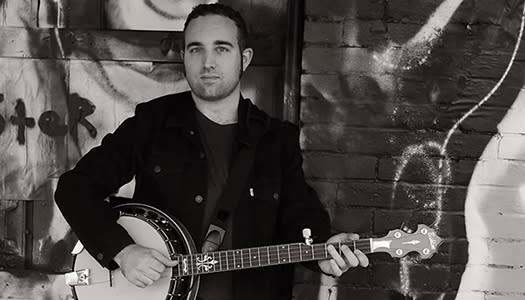 Curtis McMurtry writes about villains that believe they are victims. Influenced by Fiona Apple, Billy Strayhorn and Chet Baker, Curtis' music combines sardonic lyrics with crooked, unconventional arrangements. His first solo album Respectable Enemy was released in August 2014, and drew comparisons to Calexico and John Fullbright. His sophomore album The Hornet's Nest was released in February 2017, and continues to garner critical acclaim. Curtis' music has been featured on NPR's "Weekend Edition," and his song "Wrong Inflection" was included in the soundtrack for comedian Tig Notaro's Amazon Prime series One Mississippi.

Curtis was born and raised in Austin, Texas and grew up surrounded by local musicians of all genres. Curtis studied music composition and ethnomusicology in college, primarily writing contemporary chamber music for banjo and strings. After graduation, he moved to Nashville to sharpen his songwriting by co-writing with elder statesmen including Fred Koller and Guy Clark. He has since moved back to Austin. Curtis' goal in songwriting and composition has been to integrate the classical and jazz orchestration techniques he learned in college with the lyric-driven singer-songwriter style he grew up with.

Curtis will be performing as a duo with cellist Diana Burgess.