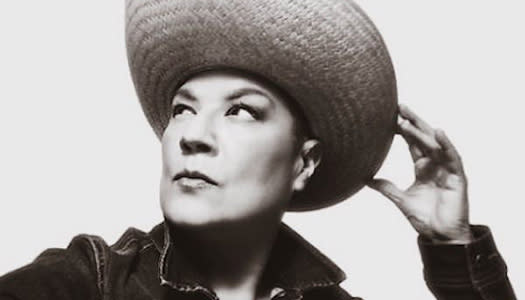 AMP is pleased to partner with Instituto Cervantes and the National Hispanic Cultural Center to present the first edition of the Oralidad Festival. Oralidad is born with two essential purposes: to promote the oral tradition of storytelling and to establish a collaboration between artists from New Mexico, Spain, Latin America and the rest of the United States to create new works together and contribute to the improvement of storytelling.

The oral tradition of storytelling is a powerful language throughout the world, and is deeply rooted in Spanish culture. These oral traditions have permeated Latin American and Hispanic culture, from flamenco palos to the Vaqueiros de Alzada and the tradition of the juglares (minstrelsy), as well as having a broad impact on Latin American literature. New Mexico is an especially important place for storytellers, due to the mix of Hispanic and indigenous cultures, specifically the oral traditions and histories of the Pueblos.

Oralidad will be held November 18-22. A full program of concerts, workshops and activities will be available soon.

Nacha Mendez grew up in the tiny border town of La Union, in southern New Mexico, where she began singing and playing the guitar at an early age. She learned traditional Ranchera canción from her grandmother and performed in border towns near El Paso with her cousins, the Black Brothers, sons of ex-Mothers of Invention drummer Jimmy Carl Black.

She went on to study classical voice and electronic music at New Mexico State University before moving to New York City, where she studied  flamenco guitar with Manuel Granados of the Music Conservatory of  Barcelona, Spain. In the early '90s, she was a principal singer in Robert Ashley's opera company, touring Europe and Japan, and translated the libretto for Ashley's opera Now Eleanor's Idea. She performed trouser roles in three of his operas throughout Japan, at the Avignon Music Festival, Brooklyn Academy of Music, Strasbourg, France, Graz,  Austria, and Berlin.

Mendez/Cordero received a National Endowment for the Arts Award and a fellowship from Mutable Music in New York. In February 2011, she was honored by the New Mexico Committee of the National Museum of Women Artists. She received a New Mexico Platinum Music Lifetime Achievement Award in 2018. She performs under her grandmother's name, Nacha Mendez, touring regionally with her band, playing her original, eclectic pan-Latin-style songs. She also paints and sculpts and exhibits her work in Santa Fe.