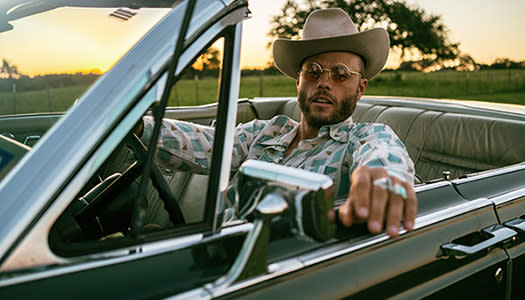 Charley Crockett is on one hell of a roll. Ten records in six years is some kind of prolific. The latest, double LP Music City USA, suggests the artist has some songs worth paying attention to. It's clear that he's invested as much time in the studio, recording storytelling songs, and making storytelling videos, as he has barnstorming around the United States and Europe playing live shows.

Not bad for a thirty-seven-year-old late bloomer.

Charley Crockett has been a fairly remarkable artist to follow. He's got a sound. He's got something to say. He has a look. And there's a gauzy veil of mystery surrounding him suggesting he knows more than he's letting on.

All those records in such a short amount of time have come with a "No Two Alike" guarantee, particularly the last three releases: the darkly prescient Welcome to Hard Times; the semi-autobiographical, hard-core country-roots of The Valley; and 10 for Slim, his tribute of songs by the obscure and wholly authentic Texas honky-tonk maestro James Hand.

And still, despite his penchant for pearl snaps and western hats, Charley Crockett has managed to elude being pigeon-holed. Call him neo-country-western if you'd like. It's true that few contemporaries present themselves as part of a lineage harkening back to Hank Williams and George Jones like Charley does, and even fewer can pull it off convincingly. 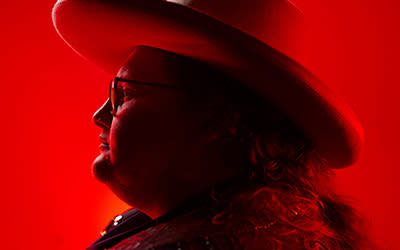 On his new album See You Next Time, Texas-bred singer/songwriter Joshua Ray Walker shares an imagined yet truthful portrait of a broke-down honky-tonk and the misfits who call it home: barflies and wannabe cowboys, bleary-eyed dreamers and hopelessly lost souls. His third full-length in three years, the album marks the final installment in a trilogy that originated with Walker's globally acclaimed 2019 debut Wish You Were Here and its equally lauded follow-up Glad You Made It (the #5 entry on Rolling Stone's Best Country and Americana Albums of 2020 list). "The whole idea with the trilogy was to use the honky-tonk as a setting where all these different characters could interact with each other," says Walker, who drew immense inspiration from the local dive bars he first started sneaking into and gigging at as a teenager growing up in East Dallas. "In my mind, this album's taking place on the night before the bar closes forever—the songs are just me taking snapshots of that world, and all the moments that happen in it."