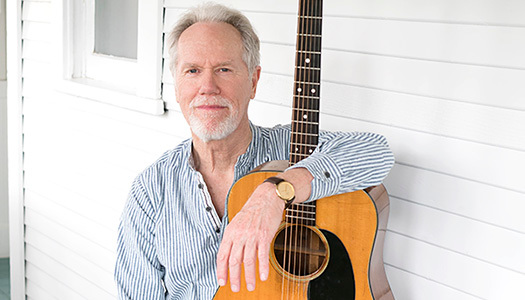 Tickets cost $37 (plus applicable service charges). They will also be available by phone through Hold My Ticket at 505-886-1251.

Stay tuned for the on-sale date.

Loudon Wainwright III's long and illustrious career is highlighted by more than two dozen album releases, movie and TV credits, and his autobiography, Liner Notes (2017 Penguin/Random House). In 2010, he won the Grammy for Best Traditional Folk Album for High Wide & Handsome: The Charlie Poole Project. His 2012 recording, Older Than My Old Man Now, was named one of NPR's Top 10 Albums of the Year. In 2018, Loudon released his 27th career album to date, Years In The Making, a retrospective double CD with more than 45 tracks—live performances, demos, outtakes, unreleased songs spanning 50 years.

Wainwright is perhaps best known for the novelty song "Dead Skunk (in the Middle of the Road)," and for playing Captain Calvin Spalding, the "singing surgeon," on the TV show "M*A*S*H."

His songs have been recorded by Bonnie Raitt, Johnny Cash, Earl Scruggs, Kate & Anna McGarrigle, Rufus Wainwright, and Mose Allison. He has collaborated with songwriter/producer Joe Henry on the music for Judd Apatow's hit movie "Knocked Up." He has composed topical songs for NPR's "Morning Edition" and "All Things Considered" and ABC's "Nightline," and recorded several songs for the soundtrack of HBO's "Boardwalk Empire."

As an actor, Wainwright has appeared in films directed by Martin Scorsese, Hal Ashby, Christopher Guest, Tim Burton, Cameron Crowe, and Judd Apatow. His Netflix original special "Surviving Twin" is a one-man theatrical show and posthumous collaboration in which Loudon combines and connects some of his most personal and best-loved songs with the writing of his late father, Loudon Wainwright Jr.