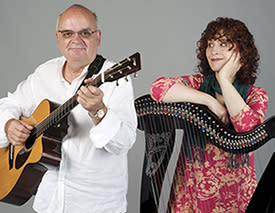 Máire and Chris are in town to perform at the Music in Corrales series on April 14.

The celebrated virtuoso partnership of "the doyenne of Irish harpers" (Scotland On Sunday) and "one of the UK’s most staggering and influential acoustic guitarists" (fROOTS) has by now brought its special musical vision to venues large and small—from the tiniest of historic churches in England, Germany and Italy to palaces in Kyoto and Istanbul, London's Barbican, Sydney Town Hall and the Philharmonie in Cologne—in twenty-two countries on five continents. Máire Ní Chathasaigh & Chris Newman's performances, described by The Irish Times as "music of fire and brilliance from the high-wire act in traditional music," are rooted but eclectic, emotional but adventurous: a breathtaking blend of traditional Irish music, hot jazz, bluegrass and baroque, coupled with striking new compositions and Chris's delightfully subversive wit. 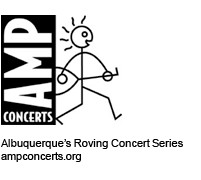