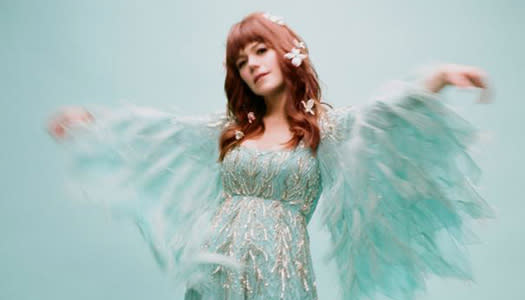 On The Line has been heralded as "(FOUR STARS) glorious" by Rolling Stone and her "best work to date" by Vulture, and the reviews continue to thunderously roll in with the most recent round of raves:

"The best of her four albums outside of Rilo Kiley, On The Line is absolutely dazzling. It sounds decidedly grown up, mature both lyrically and musically, and it's a spectacular studio effort. Lewis sings contemplative lyrics with a glamorous edge, giving us an album that's as much a rock 'n' roll relaxer as it is a lyrical thunderbolt... her best solo work to date." (Paste)

"On the Line is classic Jenny... the elegant flourishes of a seasoned and confident songwriter...This record sounds like a dream, idiosyncratically but immaculately produced, full of the sorts of little details that make a song feel crafted rather than just made... If there's one sound that never gets old, it's the irregular beat of Jenny Lewis's heart." (The Ringer)

Gifted with a unique ability to fuse musical genres and influences to craft songs that feel fresh and wholly her own, with her new album Putting On Airs, Erin Rae has thrown down a direct challenge to the stereotype of what a Southern singer should be. Both lyrically and sonically, she strikes a fiercely independent chord, proudly releasing a deeply personal record that reflects her own upbringing in Tennessee, including the prejudices and injustices that she witnessed as a child that continue to impact her life to this day. Buoying the release is Rae's reputation as an enthralling live performer, which has earned her the respect of Nashville peers and music notables alike, including Grammy Award winner John Paul White, who has signed her to his Florence, Alabama-based label, Single Lock Records.