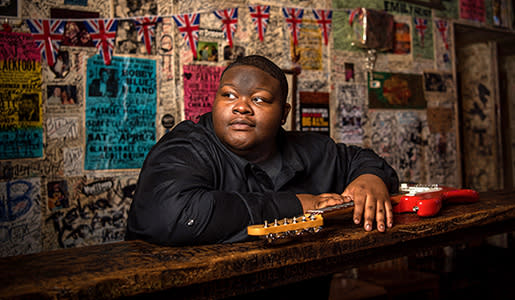 THIS IS A STANDING ROOM ONLY SHOW!!

Once a generation, a blues artist comes along who not only reminds mainstream audiences how deeply satisfying and emotionally moving the best blues music can be, but shakes the genre to its core.

With both eyes on the future and the blues in his blood, 20-year-old guitarist, vocalist and songwriter Christone "Kingfish" Ingram is set to take the music world by storm with the long-awaited release of his debut album, Kingfish, on Alligator Records. Sprung from the same earth as so many of the Delta blues masters, Kingfish comes bursting out of Clarksdale, Mississippi, just ten miles from the legendary crossroads of Highways 61 and 49. A student of the Delta's musical history, he is acutely aware of the musicians and the music that emerged from his corner of the world. "I do think I have an old soul, that I've been here before," he says. "I'm moving forward with one foot in the past."

With his eye-popping guitar playing and his reach-out-and-grab-you-by-the-collar vocals, Kingfish delivers each song with unmatched passion and precision. Steeped in the rich, vivid history of the blues, he's driven by his burning desire to create contemporary music that speaks to his generation and beyond. Kingfish is a real life 21st century bluesman who is inspired by the music of Robert Johnson, but dreams of one day collaborating with Kendrick Lamar and soul-funk bassist Thundercat. "My core is blues," he says, "but it's important for me to create a sound and style that is uniquely my own. I have a lot to say, so please stay tuned." 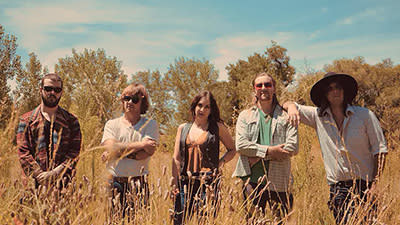 The So Lows began as a songwriting collaboration between Ronnie Rael & Molly Miller. Their shared inspiration led to the creation of their first effort as a band, Alto, a 10-track album of all original material. Alto is the result of The So Lows' dedication to make authentic, emotive and unapologetically raw music.

With a deep love for rock 'n roll, the band's appreciation for everything from rhythm and blues, to country to proto-punk is evident in their unique sound. Self-produced and recorded with the help of engineer David Cragin at his studio, Santa Fe Soundworks, Alto is an ode to rock 'n roll and cosmic soul.