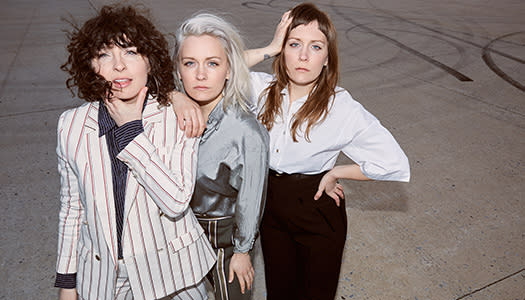 A VIP "Meet Jo" package is available for $110.50 (including all service charges). Tickets for the VIP package will go on sale Wednesday, Oct. 30 at 10 AM and will be available until Feb. 23 at 10 AM, or while supplies last.
It includes:

Purchasers will receive an email at least one week prior to the event with instructions on how to redeem all elements of their VIP package. For questions, please contact guestservices@cidentertainment.com.

The sophomore effort from Oregon-bred trio Joseph, Good Luck, Kid is a road movie in album form, an odyssey at turns emotional, existential, and entirely literal. With their intimate storytelling and restless intensity, Natalie Schepman and her sisters Allison and Meegan Closner detail that journey in songs that careen and sprawl and often soar, ultimately spinning a narrative of life-changing transformation.

"The through-line of the album is this idea of moving into the driver's seat of your own life—recognizing that you're the adult now, and everything's up to you from this moment on," says Natalie. "You're not completely sure of how to get where you need to go, and you don't have any kind of a map to help you. It's just the universe looking down on you like, ‘Good luck, kid.'"

Joseph grace every song with the captivating chemistry they first discovered upon forming in 2014. Spontaneously choosing their name on a trip to visit their grandfather in the Oregon town of Joseph, the band got their start playing backyard parties, and gradually amassed a devoted fanbase. Following the release of I'm Alone, No You're Not—an album made with Mike Mogis (First Aid Kit, Jenny Lewis)—Joseph soon began taking the stage at major festivals like Bonnaroo and touring with such artists as James Bay and Amos Lee. As they brought Good Luck, Kid to life, the Closner sisters expanded on the elegant synergy of elements initially glimpsed on their debut: Meegan's sharp melodic skills, Allison's gift for uncovering the emotional heart of each track, and Natalie's extraordinary songwriting instincts. 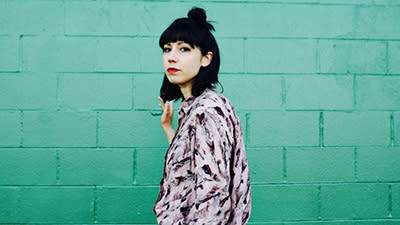 Jessica Dobson is the fearless multi-instrumentalist, singer and band leader for Deep Sea Diver. Cutting her teeth at a young age playing lead guitar for artists such as Beck and James Mercer (The Shins), Jessica learned a thing or two about writing a song and putting on a show. In late 2013, Dobson put in her notice to former Shins boss, in order to give full attention to her own musical vision. Mercer agreed, saying "I'll miss you, but I give you my full support. You've gotta pursue Deep Sea Diver." "Good thing too," noted Stereogum, "because Jessica is an incredible frontwoman."

Deep Sea Diver urgently and deliberately move you from rock experimentation to dreamy soundscapes, Kraut-esque drum and bass grooves to angular danciness, and full fledged orchestration to bare bones simplicity. Dobson has the voice and authority to tie it all together, and turn it into a cohesive unit that soars yet remains beautifully delicate and intimate. Live, the band has received acclaim for their festival-ready power and presence, Jessica's larger than life guitar hooks, and their cascading layers that build upon each other until they reach their explosive peak.