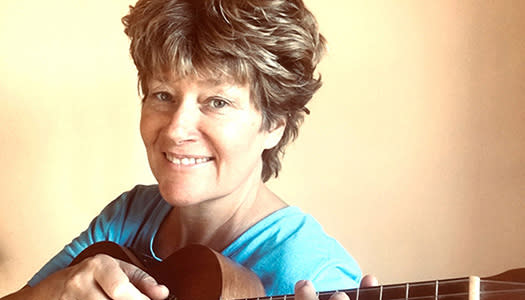 While all our concerts are on hold, AMP Concerts is reaching out to local artists to give them work and give you entertainment in these difficult times. AMP maintains a fund to pay for community projects, which have primarily been school programs and artist residencies. In this time of crisis, we are using those funds to hire local artists and tech crews to create streaming events—and to act as a catalyst for the community to support art as well. This concert is a rescheduled library show, so it is funded in part by the Friends for the Public Library.

Everyone performing and working on the show is being paid.

Donations help us keep these projects going, particularly while we have no regular income!  (And are greatly appreciated!)

Blame it on Bo Diddley. He crossed paths with a 9-year-old girl in a small New Mexican town and lit fire to her barely-a-'tween soul. His daughters had a keyboard/drum duo to which Kristy Hinds was trio-ed, and she became famous for never missing a Bo Diddley beat. The rock legend stuck up an unlikely friendship with Kristy's horse-trader grandmother when he and his entourage moved onto a ranch behind her property. Kristy became horseback riding buddies with Bo's two daughters, and eventually was drafted into family band, The Diddley Darlings, as "lead tambourine-ist." Her eyes were opened wide as she came into contact with the species known as "road musician" Bo had living on the ranch with him. She loved spending time at the McDaniels (Ellas McDaniel being Bo's given name), with their extended family and big collection of animals—a peek into a lifestyle she had never imagined. There was always an adventure to be had: performing at the local prison, slaughtering a sheep, making a television debut, meeting visitors like Keith Richards or Chuck Berry, or just driving the family hearse like bats out of hell on the backroads of Peralta, New Mexico, and maybe starting the occasional gasoline fire in the sand pile with Bo's daughter Tammy.

Those early performances were the start of a musical odyssey that would carry her across 3 continents and multiple cities, slaying dragons as she went and undertaking the kind of heroic deeds Steely Dan might sing about if they were female. She followed her thumb across Europe, caching stories and writing tunes, and returned stateside to attend Dick Grove School of Music in Los Angeles. There, the people, the players, the weather were all glossy—but still seeking, she roamed north. She called the Pacific Northwest home for a stretch, falling in with some South American transplants who thrived on the upbeats of inspired cadences, and the Latin/Brazilian/salsa venture Via Brasil was born in partnership with late Chilean percussionist Luis Opazo. Via Brasil released a self-titled EP and several successful festival seasons and studio projects later, the tales, rhythms and melodies of her travels would come together in her first solo project, Into the Fray.

Kristy once again calls New Mexico home and has released Strange Religion, an EP of mutinous pop, jazz-inflected and built on top of Latin, reggae and funk rhythms. Listen and ride along vicariously as a lone woman serves sonic justice through reggae, bolero, and swing territory guided by her trusty flair for sardonicism.