Time: 8:00pm     Day: Wednesday     Doors: 7:00pm     Ages: All Ages
Due to the ongoing health crisis, we have postponed this event and are talking with the artists about options for rescheduling.
If we are able to schedule new dates within the week or two, we'll honor everyone's tickets and refund anyone who cannot make it.
If we are not able to schedule new dates, we'll automatically refund all tickets.
We'll let you know as we have more info.
Tags: alibi AMP Concerts folk Rising Appalachia Taos 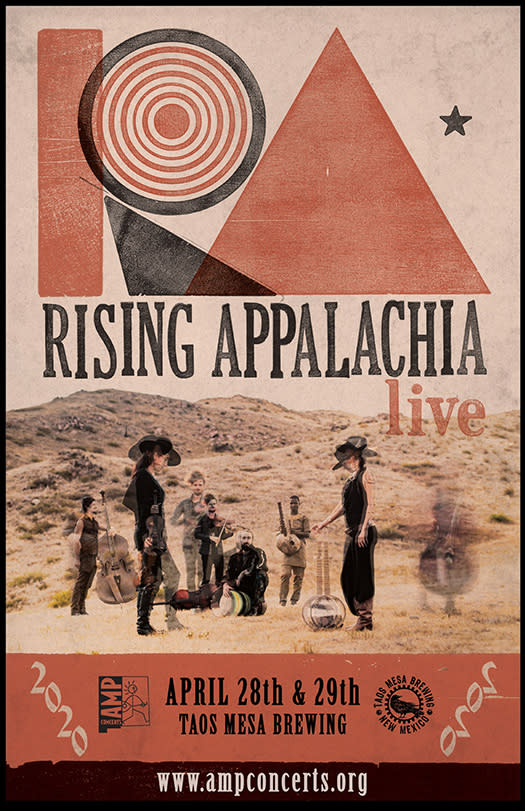 As world travelers for nearly two decades, Rising Appalachia have merged multiple global music influences with their own southern roots to create the inviting folk album Leylines. Remarkably, the band has built its legion of listeners independently—a self-made success story that has led to major festival appearances and sold-out shows at venues across the country.