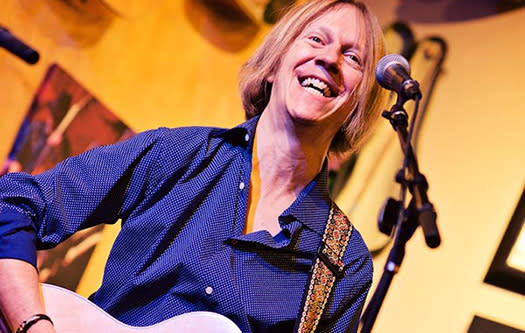 Ron Crowder is an award-winning singer-songwriter, producer and multi-instrumentalist. An Albuquerque native, Ron has traveled the world as a touring and recording musician, sharing the stage with acts as diverse as Three Dog Night, The Persuasions and Fantastic Negrito, among many others.

Ron is also the owner of InCrowd Studio in Albuquerque, winning numerous awards (eg: Tellys, Silver Microphones, Addys, American Marketing Association) as a writer, producer, recording engineer and composer for TV and radio commercials, as well as short films for clients throughout the U.S. and Canada. In addition to his work in the recording studio, he performs regularly in the Southwestern U.S. In 2020, The Ron Crowder Band, which features an all star lineup of some of New Mexico's finest musicians, was awarded second place in the Best Band category of the annual Santa Fe Reporter Best Of issue. Ron was also recently honored with the awards for Best Recording Engineer and Best Pop Song at the 2020 New Mexico Music Awards for his song "This is the Moment."

His most recent single, "Gotta Find a Way," received its world premiere on KBAC Radio Free Santa Fe and is a finalist for Song of the Year at the 2021 New Mexico Music Awards.