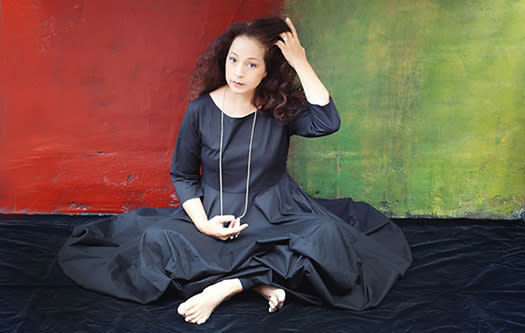 AMP is pleased to partner with Instituto Cervantes and the National Hispanic Cultural Center to present the first edition of the Oralidad Festival. Oralidad is born with two essential purposes: to promote the oral tradition of storytelling and to establish a collaboration between artists from New Mexico, Spain, Latin America and the rest of the United States to create new works together and contribute to the improvement of storytelling.

The oral tradition of storytelling is a powerful language throughout the world, and is deeply rooted in Spanish culture. These oral traditions have permeated Latin American and Hispanic culture, from flamenco palos to the Vaqueiros de Alzada and the tradition of the juglares (minstrelsy), as well as having a broad impact on Latin American literature. New Mexico is an especially important place for storytellers, due to the mix of Hispanic and indigenous cultures, specifically the oral traditions and histories of the Pueblos.

Oralidad will be held November 18-22. A full program of concerts, workshops and activities will be available soon.

Daytime activities include Matilde Michaviello's 1 PM workshop for adults in which she will demonstrate that telling stories and remembering stories from our collective unconscious and from our family narrative is a form of healing, and Santiago Vaquera-Vázquez's 4 PM talk "The Oral Tradition in Latin America - Another Way of Telling Stories" that explores the flexibility, immediacy and ephemeral nature of myths such as La Llorona and the literary characteristics of oral storytelling. These programs are free and held in the Wells Fargo Theater at the National Hispanic Cultural Center.

Grammy-nominated singer-songwriter Perla Batalla earns critical acclaim for her distinctive voice, emotional honesty and culture-merging compositions. She was born in L.A. to a family immersed in music. Her dad, a Mexican mariachi and D.J., and her Argentine mom ran the family record shop, "Discoteca Batalla," where Perla was exposed to an education of non-stop music that cut across genre and language.

After singing with and recording with numerous groups and artists, including Leonard Cohen, Perla launched her solo career with Cohen's encouragement. Since then she has recorded 7 albums, been featured in film and TV, staged two one-woman shows and performed in some of the most prestigious venues around the world.

Her original Frida Kahlo musical was chosen by the Ojai Playwrights Festival and subsequently produced at the San Diego Repertory Theater to critical praise. Perla's personal homage to her mentor, Cohen, continues to play to sold-out audiences throughout Europe and North America.

Batalla's mission of exposing youth to the beauty of music and Spanish language is ongoing in her outreach throughout some of the poorest communities in the U.S. She has been honored with two U.N. awards: the Earth Charter Award for extraordinary devotion to social and economic justice and The Environmental Peacebuilding Award, advancing social justice through music. Perla is also the recipient of New Mexico's Premio Fronterizo Award for healing work in the world.