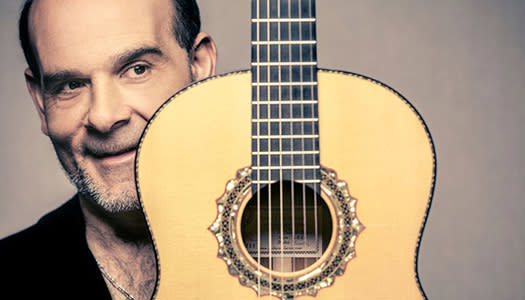 French guitar virtuoso Juan Carmona is the perfect symbol of flamenco's rebirth. Though proud of his Andalusian Gypsy roots, he insists on moving beyond the typical ethnic clichés. Respected in all musical fields, including classical music, he has built bridges between flamenco and other musical genres.

Carmona is one of the leading figures in the world of flamenco as both a composer and virtuoso guitarist. His albums Orillas, Sinfonía Flamenca, El Sentido del Aire and Alchemya were all nominated for "Best flamenco album of the year" at the Latin Grammy Awards. His latest album, Zyriab 6.7, was released in 2021.

Juan Carmona has proven to be one of the most creative guitarists of the new flamenco generation. His performances have a surprising, moving quality. Somewhere between profound awareness of musical genres, traditional styles and a devastating modernity, Carmona stands as an innovator.