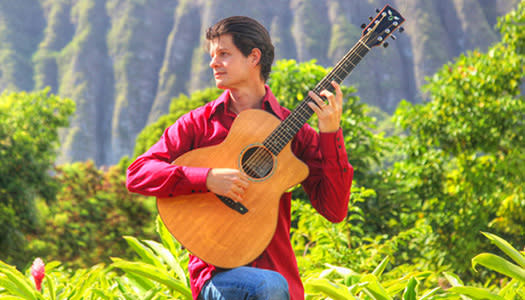 These workshops will be held at The 377 Brewery near the Albuquerque Airport.  You can hone your Hawaiian Music skills AND grab a beer or meal with other likeminded music fans!

Jeff Peterson is an amazingly versatile guitar virtuoso. He is a Grammy winner as well as a four-time winner of the Na Hoku (Hawaii's Grammy) award for Best Slack Key Album, Best Instrumental award 6 times, and is prominently featured on "The Descendants" soundtrack. He composed his first Concerto for Slack Key Guitar & Orchestra, "Malama 'Aina," which premiered in 2016. He is making his mark through his passion for diverse musical styles and the talent to navigate them brilliantly. His focus on Slack Key guitar, paniolo (Hawaiian cowboy), classical, and jazz music has allowed him to develop a unique and transcendent voice on the guitar while being deeply rooted in the traditions of his Hawaiian heritage to create touching, beautiful, evocative music.

The focus of this workshop is on slack key and fingerstyle guitar for all playing levels. Tablature and sheet music provided; students must bring a guitar.