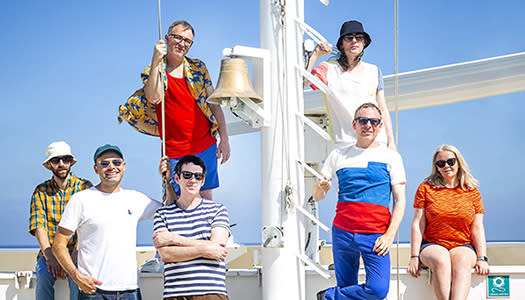 The Bridge outdoor venue is a unique, open-air space with mountains on one side and an award-winning brewery on the other. The show will be held rain or shine. 21+ (unless accompanied by parent or legal guardian).

With a legacy spanning three decades, Belle and Sebastian have truly earned their place in music history. The unique, unpredictable, and fiercely loved band have a plethora of accolades and plaudits to their name including winning the "Best Newcomers" BRIT in 1999, selling out the Hollywood Bowl, and contributing to the soundtrack for an array of films (Juno, The Power of Nightmares, Days of the Bagnold Summer). Their most recent album, What to Look for in Summer, presents 22 live performances featuring songs from across their 25-year career. The recordings showcase the Scottish septet at the height of their power during their 2019 tour, including tracks performed on the band's own Mediterranean cruise, "The Boaty Weekender." 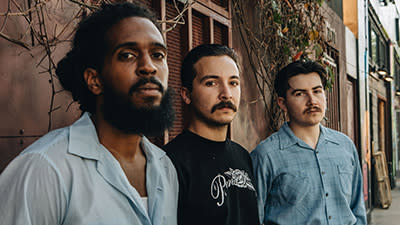 Alex Garcia and Sal Samano found chemistry when they began cutting bedroom demos of rhythm tracks together in 2019. Multi-instrumentalists both, Alex migrated from the guitar to the drums where he discovered the sensitive touch and unique feel that would be the pillowy pulse of the band's sound, while Sal learned to carve winding bass lines through the deep spidery grooves of their vamps. Though the jams they created together were scintillating, it wasn't until they connected with vocalist Josh Lane that the real sound of Thee Sacred Souls came into focus.