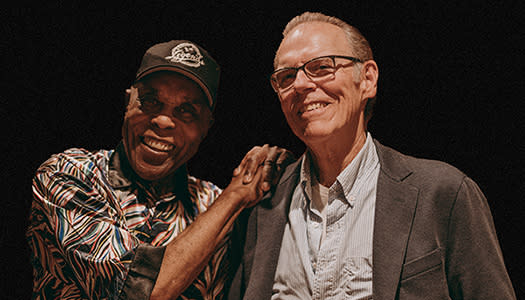 And it only takes one listen to The Blues Is Alive and Well to realize that Guy's mission has been more than accomplished here. The record is arriving on the heels of a spate of high visibility for the 85-year-old performer: at the 2016 Grammys, he picked up a trophy for Best Blues Album honoring Born to Play Guitar, and that same year he hit the road for a U.S. tour opening for Jeff Beck. In addition to bringing the house down for a sold-out performance commemorating the closing of New York City's B.B. King's Blues Club and Grill, he appeared on David Letterman's Netflix talk show "My Next Guest Needs No Introduction." A truly restless and energetic performer, The Blues Is Alive and Well is the latest triumph in an already-legendary career.

A documentary, "Buddy Guy: The Blues Chase the Blues Away," premiered on PBS' "American Masters" just days before Guy's 85th birthday on July 30, 2021. The documentary features intimate, original interviews with Guy and archival and never-before-seen performances, including footage of the blues legend on stage with the likes of President Obama and The Rolling Stones.

John Hiatt is one of America's most respected and influential singer-songwriters. "You know how writing goes for me, " John Hiatt says, offering a glimpse into his creative process. "I get a couple of lines going, and then I just tag along as the songs start to reveal themselves. You've just gotta jump inside and take the ride."

Hiatt has been on that ride—as have we all, tagging along right beside him—for more than four decades now. In fact, since the release of his 1974 debut, Hangin' Around the Observatory, rarely has more than a year or two passed without a new Hiatt collection hitting the shelves.

Since 2000 he's been on a remarkable late-career run, releasing several acclaimed studio albums and embarking on numerous tours in the U.S. and abroad.