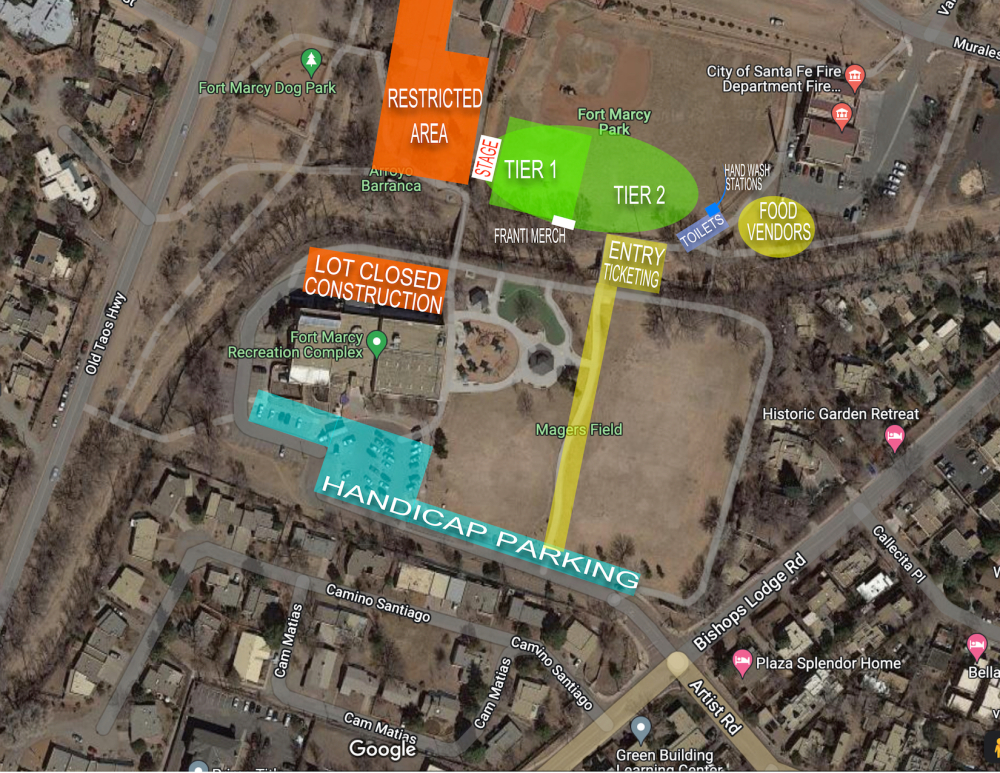 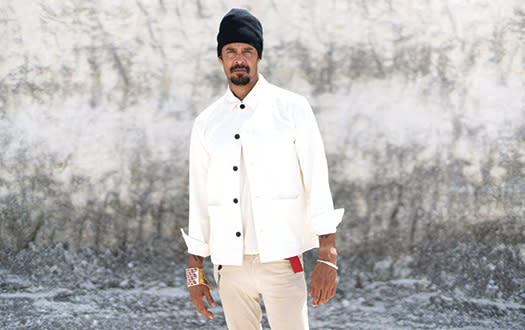 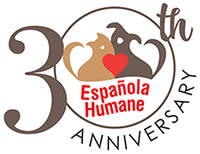 Tickets cost $41 and $76 (including all service charges). The higher priced tickets get you access to the front section of the park. Kids 12 and Under are FREE!
Tickets are also available by phone through Hold My Ticket at 505-886-1251.

This is a family-friendly non-alcohol event! Picnics and coolers welcome.

Join us for a picnic on the grass with Michale Franti and Spearhead at Fort Marcy Ballpark! A musical celebration of Espanola Valley Humane Society’s 30th anniversary. All profits go to support EVHS.

LAWN AND LOW BACK CAMPING STYLE CHAIRS WELCOME • BLANKETS WELCOME • UMBRELLAS AND SHADE STRUCTURES ARE ALLOWED AT THE REAR OF THE PARK ONLY  • NO ALCOHOL • FOOD VENDORS AVAILABLE ON-SITE • PICNICS/COOLERS WELCOME (but no alcohol!) • NO DOGS • NO SMOKING

Michael Franti is a globally recognized musician, humanitarian, activist, and award-winning filmmaker revered for his high-energy live shows, inspiring music, devotion to health and wellness, worldwide philanthropic efforts and the power of optimism. Throughout his multi-decade career, Franti has earned three Billboard No. 1's with triumphantly hopeful hits "Sound of Sunshine," "Say Hey (I Love You)" and "I Got You," as well as six Top 30 Hot AC singles, nine Top 25 AAA Singles and three Billboard Top 5 Rock Albums. "I Got You," lead single from his latest album Work Hard And Be Nice, marked Franti's first No. 1 in nearly 10 years and landed on NPR's "Most Popular Songs of 2020" list, while the music video boasts over 1.3 million views since its release. Michael Franti & Spearhead's latest single, "Good Day For A Good Day," is available everywhere, with plans to release his 12th studio album in the Summer of 2022.

In January 2019, Franti released his self-directed documentary "Stay Human," which won an array of awards at film festivals worldwide and influenced his writing for his album Stay Human Vol. II (Thirty Tigers), which debuted at No. 1 on both the Americana and Independent Album charts and received critical acclaim from USA Today, Billboard, Associated Press and Paste. Influenced by the film, Franti's Stay Human podcast presented by Gibson features creatives from all walks of life, with new episodes available each week.

Franti continues to foster community both on and off stage with a wish granting non-profit, Do It For The Love, founded by Franti and his wife, Sara. Do It For The Love brings those with life threatening illnesses, veterans, and children with severe challenges to concerts worldwide, fulfilling over 3,300 wishes and touching the lives of over 12,000 people. 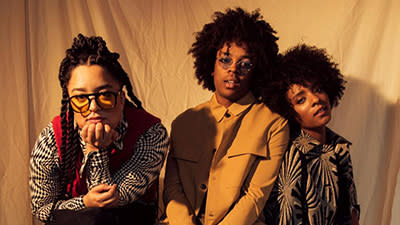 Featured in Rolling Stone as one of "10 New Artists You Need to Know," The New Respects are quickly turning heads and gaining unprecedented traction. Falling into a genre of their own, The New Respects mesh rock & roll, soul, and pop music with overlays of acoustic tones. Comprised of Zandy Fitzgerald, brother Darius and their cousin Jasmine Mullen, the Nashville-based group is a true family affair, evidencing the undeniable soul and musical legacy that flows through the roots of their family tree. Upon their debut, the Nashville-based band surged on social media platforms and their second single "Trouble" received sync placements with FoX Sports, ESPN and TNT. Both Nylon Magazine and Interview Magazine exclusively premiered music videos for the band's 2nd and 3rd singles.