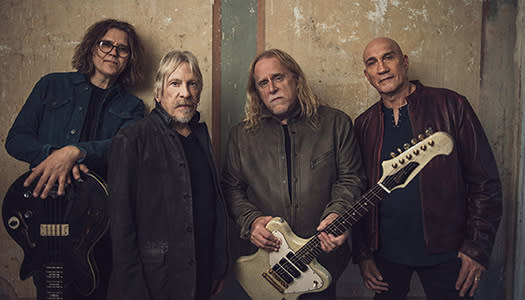 This show is being moved due to construction delays that make them unable to be ready in time to go forward with this date.

Statement from Taos Mesa Brewing: "We're sorry, we were anxious to bring music back to the Mothership following our long COVID hiatus and thought we could ramp up more quickly than we are able to. Things tend to happen slower than we would like these days, so we've made the difficult decision to reschedule the commencement of our outdoor music schedule until we can ensure an exemplary and safe entertainment experience for everyone.

All original tickets will be honored. If you cannot make this new date you can request a refund at taosconcertinfo@ampconcerts.org

We look forward to live music returning to the Taos Mesa Mothership later this summer when they are able to come back better than ever, after what has been a very trying three years.

This is a Standing Room Show.  A limited number of ADA seats are available.

Gov't Mule—Warren Haynes [vocals, guitar], Matt Abts [drums], Danny Louis [keyboards, guitar, and backing vocals], and Jorgen Carlsson [bass]—has galvanized a global fan base with their honest, organic and daring music and improvisational virtuosity, leading them to be recognized as one of the most timeless, revered and active bands in the world, whose spot amongst rock titans remains unshakable.

Led by visionary Grammy Award-winning artist and guitar legend Warren Haynes—a cornerstone of the American music landscape—the enduring, globally revered group has showcased its intelligence and breadth over the course of 20+ studio and live albums, thousands of memorable performances and millions of album and track sales. Gov't Mule has become a human encyclopedia of great American music while adding to that canon with their signature sound. The band's flexible interplay in the studio and on stage makes them a true living, breathing ensemble and Haynes is lauded as one of the most formidable guitarists and vocalists of the modern era and a prolific songwriter and producer. Throughout his prolific career as part of three of the greatest live groups in rock history—Allman Brothers Band, Gov't Mule and the Dead—and an acclaimed solo artist, Haynes has become one of music's most treasured storytellers.