Robert Earl Keen and The Flatlanders 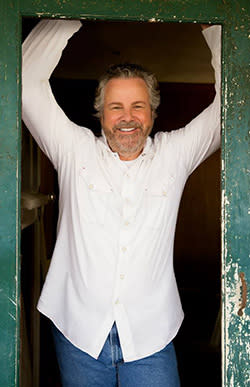 It's not always easy to sum up a career—let alone a life's ambition—so succinctly, but those five words from Robert Earl Keen's calling-card anthem just about do it. You can complete the lyric with the next five words—the ones routinely shouted back at Keen by thousands of fans a night ("and the party never ends!")—just to punctuate the point with a flourish, but it's the part about the journey that gets right to the heart of what makes Keen tick. Some people take up a life of playing music with the goal of someday reaching a destination of fame and fortune; but from the get-go, Keen just wanted to write and sing his own songs, and to keep writing and singing them for as long as possible.

Now three decades on from the release of his debut album—with eighteen other records to his name, thousands of shows under his belt and still no end in sight to the road ahead—Keen remains as committed to and inspired by his muse as ever. And as for accruing recognition, well, he's done alright on that front, too; from his humble beginnings on the Texas folk scene, he's blazed a peer, critic, and fan-lauded trail that's earned him living-legend (not to mention pioneer) status in the Americana music world. And though the Houston native has never worn his Texas heart on his sleeve, he's long been regarded as one of the Lone Star State's finest (not to mention top-drawing) true singer-songwriters. 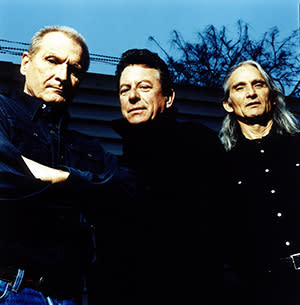 The 1990 compilation of the Flatlanders' early recorded history wasn't called More a Legend Than a Band for nothing. The trio of Jimmie Dale Gilmore, Joe Ely, and Butch Hancock formed to record a generally lost 1972 album and then immediately broke up, with the artists going on to solo performance fame or retirement. These early recordings became legendary in the Texas music scene, and the Flatlanders reunited in 1998 to record a brand new song for "The Horse Whisperer" soundtrack. The spark between these old friends was so powerful that they've reunited for semi-regular performances and recordings since then, and in 2016, the Flatlanders were inducted into the Austin Music Awards Hall of Fame.

"We have a mutual history and a mutual admiration for each other," said Gilmore. "That allowed everything to fall back into place. The things that made us friends then are still here today."

"Name another group that started recording and touring together 30 years after they never really formed or broke up, then discovered the tape from their barely remembered first recording session not only still existed, but after sitting in a Lubbock closet for more than three decades, was in perfect shape and sounded awesome... The fact that it's so listenable is a testament to the skills of some long-forgotten engineers, the luck of landing in a great studio and the nascent brilliance of three young men who, thankfully, have stuck together and reached even greater heights." (Lone Star Music Magazine on The Odessa Tapes) 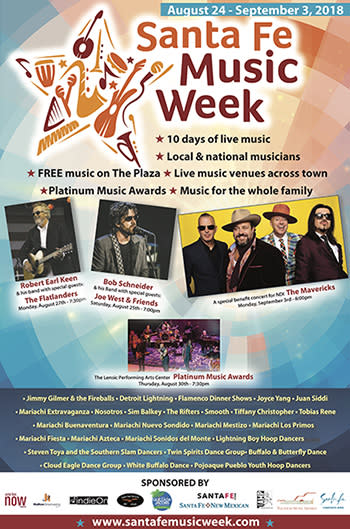