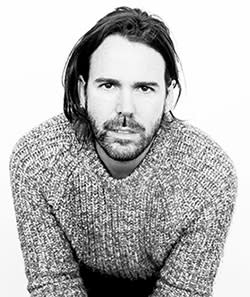 Originally from Birmingham, Alabama, Peter Bradley Adams was one half of the duo Eastmountainsouth, and has since released six solo records.

No Depression calls him "consistently eloquent," and the Wall Street Journal says he's "one of the 21st Century writers whose songs are worth exploring."

There's a confidence, a completeness in the song cycle that listeners have gleaned throughout Adams' illustrious career, but A Face Like Mine, his sixth solo effort, brings it all into sharp focus. As Adams sees it, "On the long plod of finding my voice as a singer and a writer, the singing has slowly developed from the sound of a scared guy to someone who believes what he's saying and the writing, I hope, has become less rigid—both in the lyrics and the phrasing."

Less rigid, indeed. Adams' brand of Americana nestles his often delicate, always heartfelt voice in the warm embrace of gentle guitar, tasteful dobro, subtle banjo, supportive bass, and unhurried percussion. The result is a sonic scape that, in turn, wraps itself around the listener like a soft blanket on a cold day. With A Face Like Mine, Adams further refines the simple musical sophistication that has become his trademark.