Ages 21 and over. Beer and wine is available with ID. 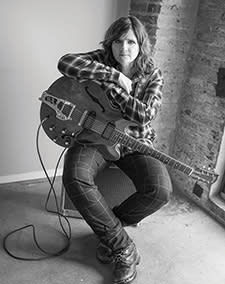 For over 30 years, Amy Ray has been renowned as one half of the Grammy-award winning folk duo Indigo Girls. She is also a community activist and has had an indie label, Daemon Records, since 1989. With her debut solo album, Stag (2001), Ray turned in her acoustic for an electric and delivered a critically acclaimed album that showed her love of punk and rock. Since then, she has released five more solo rock albums: Prom, Didn't It Feel Kinder, Live from Knoxville, Lung of Love, and MVP Live. Her first foray into country music came with her traditional country / Americana release, Goodnight Tender, in 2014. She followed up with the release The Tender Hour in 2015, a live recording of her country and rock exploits from The Triple Door in Seattle, as well as an Indigo Girls studio album, One Lost Day.

Amy Ray and her band's new country album, Holler, was released in September 2018. It was recorded live to tape at her mainstay Echo Mountain Studio in Asheville, NC, with the added power and swagger of horns and strings that harken back to the country music of the late 60s. 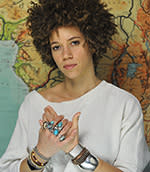 Based in Minnesota, but with roots in Tennessee, Chastity Brown grew up surrounded by country and soul music. In the full gospel church of her childhood, she played saxophone and drums and found her singing voice and a passion for music. Her first show was in Knoxville, TN, and then it was on to Minneapolis. Since then, she's been featured on NPR's "Favorite Sessions," CMT, American Songwriter, the London Times, Paste Magazine and others. Her album Silhouette of Sirens was called "a work of brooding soul eloquence, alt-rock wiriness, atmospheric pop sweetening and folk-inflected naturalness" by NPR Music.