This event has been moved from Gig Performance Space to San Migual Chapel. ALL original tickets will be honored at the Chapel. 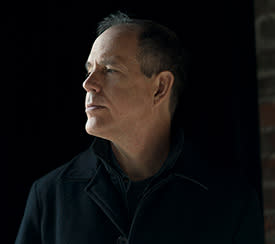 Those who know David Wilcox's work know how exhaustively he pours his heart and soul into his songwriting and recording. It's his technical ability and meticulous craftsmanship that elevate this work, as he employs an impressive repertoire of tunings and cut capos in his unique approach to the guitar. More than anything, however, it is the intimate storytelling and the deeply held messages of Wilcox’s lyrics that are taken to heart and held so closely by his listeners. In 2018, the beloved singer-songwriter returned with The View From the Edge, his first album since 2014's Blaze. It's an album that reflects four years of thinking, writing, crafting, playing and life.

Every week or so a thankful fan writes to David to tell him that a song he wrote changed their life. Fans and other songwriters flock to his Wilcox Weekend to discuss music, philosophy, creativity, spirituality and life. While it's always rewarding to know that the music serves its purpose and provides direction, David avoids taking credit. As he says, it's the songs that do the work. It's the guitar that brings the message.