¡Globalquerque! Night at the Zoo 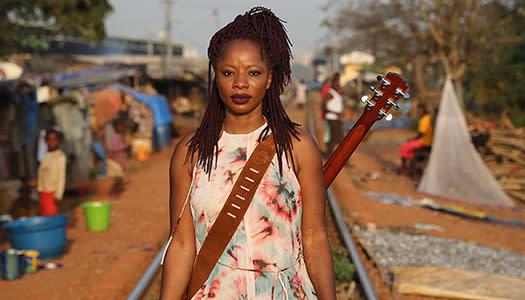 Animal exhibits are open until 8 PM. General lawn seating only; blankets, lawn chairs and picnics are welcome. Please do not bring glass containers, sharp knives or alcoholic beverages. Food, beer and wine are available for purchase. This is a rain or shine event.

Come early for hands-on crafts, a mini version of Planet Music, face painting, and pre-show entertainment from Wassa Ensemble.  The Rainforest Cafe will have special chicken skewers for a taste Arica.

This is a true ¡Globalquerque! preview - as Natu has just been confirmed to return in September for the festival!

In 2006, Natu Camara led West Africa's first all-female hip-hop group, The Ideal Black Girls. Their breakout album, Guineya Momonera (It's Not a Shame to Be a Woman), a women's rights anthem, sold over 2 million units and made the young group instant celebrities. The girls' tiger-like stage performances and powerfully sung lyrics inspired a whole new generation, earning them respect across Guinea and beyond.

After Natu tragically lost her husband, she made New York her home and began writing and recording new material that drew on her musical roots and the influence of Guinean artists such as Bombino, Bembeya Jazz and Mory Kante. Now, Natu has woven the intense musical journey of her life into her first solo album, Dimedi (Child). Recorded in Mali at Salif Keita's legendary Moffou Studio with many members of his band, Dimedi (Child) is a beguiling masterpiece of Afro-rock, pop and soul performed in 5 languages. Arriving in the studio alone with her guitar and a handful of songs, Natu has declared her presence once again on the world stage. Her inventive vocal arrangements give power and sweetness to the meaningful stories she shares throughout the entire breadth of the album. Her songs vibrate with memorable hooks and pulsating rhythms, taking on major social and political issues of our times.

Natu, known as "the beloved rap queen," has transformed into a singer and songwriter of rousing strength and significance. Her work incorporates social and political issues, empowering women and children and encouraging everyone to break the mold and live free. Guitar in hand, Natu emerges on the world stage with heart and soul in her music, calling for unity. 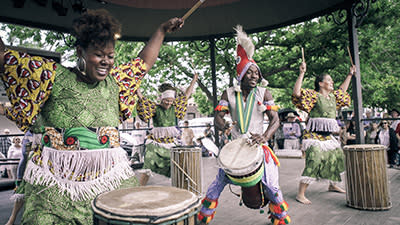 Wassa Ensemble will open the show. Wassa Ensemble was founded by master artist Ibrahimasory "Soriba" Fofana from Guinea, West Africa. "Wassa Wassa" is cry of celebration translated as Happy Happy! The ensemble was created out of the artist's life work as musician in the city of Conakry, Guinea, and aims to portray the essence and spirit of West African dance and music. Wassa's vision is to bring people together in sharing the rich traditions of music, dance and songs of Guinea, West Africa. "WONTANARA": We Are Together.