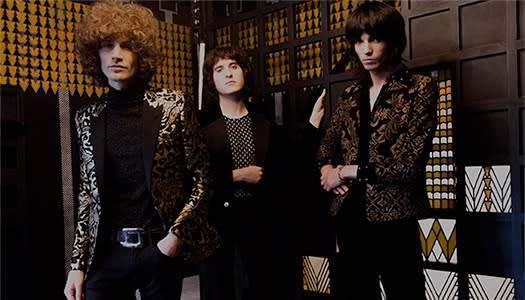 A brilliantly crafted, thoughtfully recorded collection, the propulsive, seemingly immediate songs on Temples' new album, Hot Motion, soon reveal an impressive depth of ideas and energy with subsequent listens. As its title warns, Hot Motion is not a record that stands still.

"I'm excited for people to experience these songs for the first time," declares singer and guitarist James Bagshaw. "They are constructed in such a way that the album should feel relatively instantaneous, but we did not water down our creative ideas. Getting that balance can be hard, perhaps on the last record on some songs we used too many layers to create depth, but making this album we discovered that depth doesn't simply come by layering things, it can come from the intensity of an idea."

While proud of 2017's electronically orchestrated Volcano, the trio—completed by bassist Tom Walmsley and guitarist Adam Smith—feel they have reconnected with the verve and spirit of their debut, 2014's Sun Structures, although Hot Motion proves as unique and forward-thinking as any Temples album. 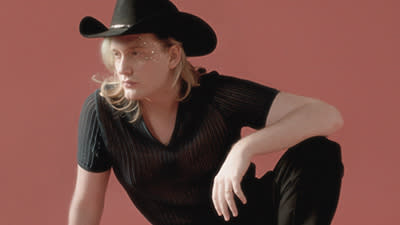 As a whole, Honey Harper resists temporality and eschews spatial specificity. Whether the songs were written on a lake in northern Ontario, a haunted hotel room in Atlanta, or in a car at 5 AM in east London makes little difference, as they all reside within. Honey Harper is intrinsically honest, pure, universal country.