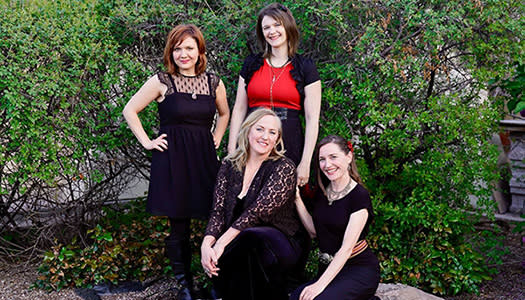 AMP & South Broadway Cultural Center are embarking on a new project to provide cultural programs for the schools in the SBCC neighborhood.

This program is not open to the general public, but for the local school kids. We'll be opening them up to homeschoolers in the future.

We will try to stream the shows live on Facebook, though, so feel free to join us online!

Rumelia Collective is a group of musicians who love playing the music of the Balkans and Mideast, as well as many other musical styles from around the world. The group weaves an intricate and mesmerizing blend of contemporary and traditional folk elements in their arrangements.

"Rumelia" comes from the word "Rumeli" meaning "Land of the Romans," a Turkish word used to describe the Southern Balkan region. The music is unique to the western ear in that it uses odd time signatures (e.g. 5/8, 7/8, 9/8, 11/8), close harmonies, as well as eastern scales and tonalities. Rumelia Collective's core repertoire is derived from traditional and popular tunes of Albania, Turkey, Greece, Macedonia and Bulgaria, to name a few.

Thanks to the City of Albuquerque for funding support on this project.