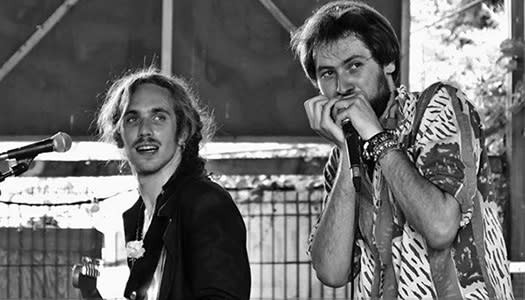 Robespierre is a French duo formed by Robin Gentien and Pierre Lauth-Karson. Their original compositions, as well as their own version of songs, standards or traditional, are influenced by many styles and cultures, from blues to funk and bossa. The undeniable complicity between the two musicians triggers the musicality of this charming performance in which guitar, voices and harmonicas blend to satisfy the audience's ears and soul.

Gentien and Lauth-Karson are also members of the band ENGINE.