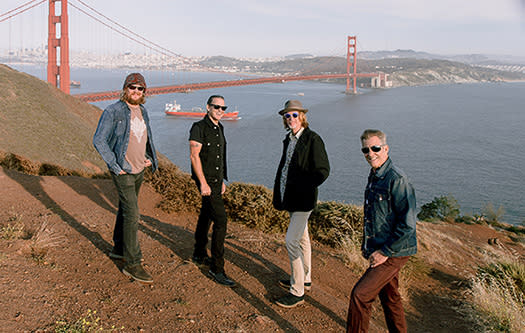 This show has been moved to the El Rey Theater.
All tickets to the original show will be honored.  You do not have to do anything for your ticket to work at the El Rey.
This will be a mixed seated/standing show, so chairs will be available.

Whether he's squeezing out the deepest blues or playing the funkiest soul grooves, legendary blues and soul giant Tommy Castro knows how to ignite a crowd. Over the course of his still-unfolding career, the guitarist, vocalist and songwriter has released 15 albums ranging from horn-fueled soul and R&B to piping hot blues to fiery rock 'n roll. He is the winner of the coveted B.B. King Entertainer Of The Year Award (the very highest award a blues performer can receive) and has performed all over the world, earning countless fans with his legendary, sweat-drenched, exhilarating live shows.

For Castro’s new album, a roots music odyssey entitled Tommy Castro Presents A Bluesman Came To Town, he tells a timeless story. This special project was composed by Castro along with Grammy Award-winning producer Tom Hambridge. Through its 13 songs, A Bluesman Came To Town tells the tale of a young man working on his family farm who gets bitten by the blues bug. He masters the guitar and heads out on the road seeking fame and fortune, only to find what he’s left behind is the treasure he’s been looking for. Each memorable song—from the blistering title track to the pleading Child Don’t Go to the hopeful I Caught A Break to the emotional Blues Prisoner—stands on its own, as well as contributing to the larger story.

To celebrate the release of A Bluesman Came To Town, Castro will hit the road with The Painkillers, performing fan favorites as well as songs from the new album.