This show is sponsored by Santa Fe Goldworks. 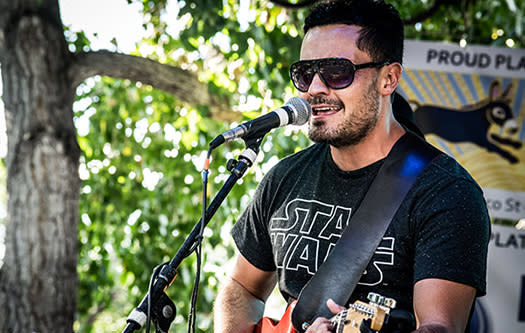 After more than 40 years, Lumbre del Sol is more than just a solid Latin rock band, they're a treasured part of local Santa Fe history. Lumbre Del Sol's music represents the diverse cultural influences, and experiences of the people of New Mexico. 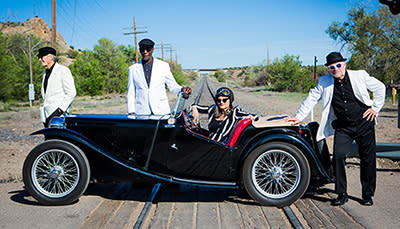 BUSY y Los Big Deals! is led by one of the most recognizable and respected musicians in the Southwest, Busy McCarroll. Their sound is trippy, edgy Cinematic Southwestern with a twist of Jazz-Pop-Latin Funk-Surf-Spy-Lounge A-Go-Go. And their cover tunes are re-arranged with a trippy retro vibe.

Busy's unique and soulful voice has been described as "raw melting honey riding on surfboards of gardenias in the hot desert sand." She's not only a singer/songwriter, she's a New Mexico Music Commissioner committed to creating better performing conditions for musicians in our state. She's the recipient of numerous New Mexico Music Awards, including Best Album, Best Pop, Best R&B, Best Funk, Best Production and Best of the Year. In 2017 Busy received an award for her distinct version of the New Mexico state song "O Fair New Mexico," turning it into a fun and campy tango.

During the pandemic, Busy wrote a song called "Hope and Toilet Paper," offering hope during these uncertain times while addressing the need for toilet paper when there was none to be found. The music video placed in the top 10 of AMP Concerts' "Art as Antibodies" contest.