This show is sponsored by Sandia Area: Better Banking Without the Bank.

Santa Fe Music Week is a citywide celebration of live music from August 22-30, sponsored by Tourism Santa Fe and Santa Fe Brewing. Get the complete schedule at ampconcerts.org or SantaFe.org/musicweek. 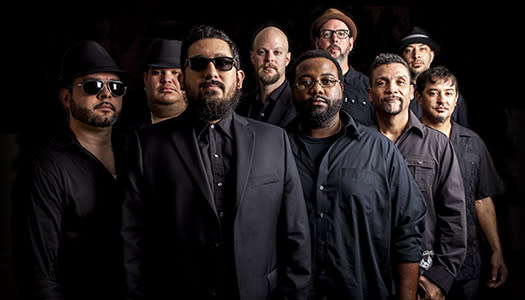 The nine-piece collective formed in 2000 in Austin, Texas, and are now in their 21st year as a band. Grupo Fantasma has been praised as one of the most important independent acts in the Latin genre and has continually defied expectations to create one of the most unique musical voices to come out of the United States in the 21st century. In 2011, they garnered further acclaim by winning a Grammy (their second such nomination) for their self–produced release El Existential on Nat Geo Music, which the Wall Street Journal called "Latin music both new and traditional... vibrant fusions that transcend easy classification."

The band's incendiary live show, declared by NPR as "seamless whenever and wherever they're on stage" has brought the band to major festivals and venues internationally, including Bonnaroo, Austin City Limits, North Sea Jazz Festival (Curacao and Rotterdam) and Lowlands in the Netherlands, Kennedy Center, London's O2 Arena, Montreal Jazz Festival, WOMEX, WOMAD, Tempo Latino (France) as well as two tours to Kuwait and Iraq to entertain US troops and a recent tour in Pakistan and Qatar. Their diverse spectrum of devoted fans speaks to the ensemble's universal appeal beyond just Latin or world music. 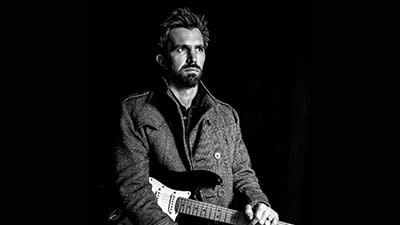 A Bulgarian immigrant in America, Tiho Dimitrov takes on the blues in a new way. With an unlikely name in the blues/rock scene in New Mexico, Dimitrov has worked extra hard to pay his dues and earn a reputation as one of the state's well-regarded blues/rock artists. Rather than trying to emulate traditional American blues records, Tiho's music takes on different shades of blue. Integrating rock and more melodic compositions, echoing back to his European roots and his generation of musicians, Dimitrov's debut album reveals a musician coming into his own.