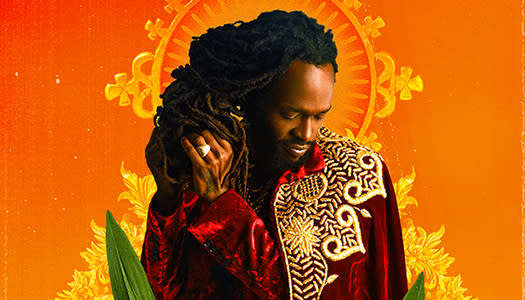 Jesse Royal broke out in 2014 with the runaway success of the single "Modern Day Judas," and solidified his position at the forefront of the genre in 2017 with his debut full-length Lily of da Valley. That album debuted at #1 on the Billboard Reggae Chart and #36 on the independent albums chart.

The singer-songwriter has been a key player in Jamaica's current reggae movement along with his contemporaries Chronixx, Protoje, and Koffee, and he returns this summer with Royal, his modern take on the genre.

On Royal, Jesse's messages are rich and conscious, possessing the fervor of reggae and Rastafari at its core while mixing in elements from a multitude of genres. "On this album you will hear elements of hip-hop, jazz, blues, Afrobeats and dancehall but reggae is the backbone that holds everything in place. We can't run from the authentic energy and vibes bestowed upon us by the Most High because that is what makes us great; there are things that you learn along the way, but greatness is when you know yourself," Jesse says about Royal.