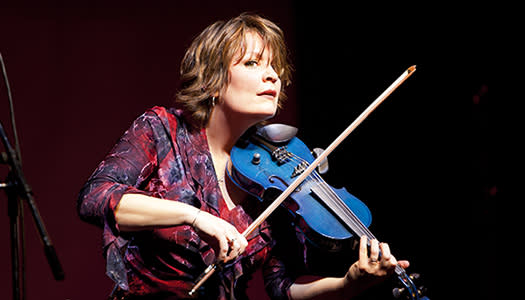 @708 is an intimate 150-capacity room that is part of the new Fusion Forum space.  It will contain several theater spaces, a coffee shop/restaurant, and office spaces. Fusion Forum promises to be an exciting new arts destination on the edge of downtown Albuquerque!  This is a general admission seated show.  There will be coffee, tea, soft drinks and snacks available for purchase.

NOTE: This show was moved from Outpost to @708.  All tickets from the Outpost show will automatically work for this one.

Grammy awarded, Emmy nominated, guest star with over 50 orchestras, original Musical Star of "Riverdance," nine-time All-Ireland Fiddle Champion, Sting, Hall and Oates, The Chieftains, "Fiddlers 3" with Nadja Salerno-Sonnenberg and Regina Carter, Patti Smith, Al Di Meola, Steve Gadd, founding member of Cherish the Ladies, movie soundtracks including "Gangs of New York," performed for Presidents and Royalty worldwide... this is a short list of accomplishments, headliners, tours, and affiliations. Fiddler Eileen Ivers has established herself as the preeminent exponent of the Irish fiddle in the world today.

It is a rare and select grade of spectacular artists whose work is so boldly imaginative and clearly virtuosic that it alters the medium. It has been said that the task of respectfully exploring the traditions and progression of the Celtic fiddle is quite literally on Eileen Ivers' shoulders. The Washington Post states, "She suggests the future of the Celtic fiddle."

She's been called a "sensation" by Billboard magazine and "the Jimi Hendrix of the violin" by the New York Times. "She electrifies the crowd with a dazzling show of virtuoso playing," says the Irish Times.

The daughter of Irish immigrants, Eileen Ivers grew up in the culturally diverse neighborhood of the Bronx, New York. Rooted in Irish traditional music since the age of eight, Eileen proceeded to win nine All-Ireland fiddle championships, a tenth on tenor banjo and over 30 championship medals, making her one of the most awarded persons ever to compete in these prestigious competitions.