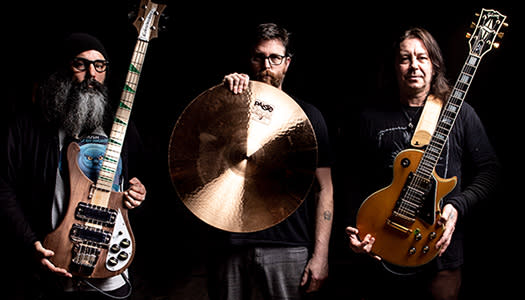 Even during their near two-decade studio absence, Sleep's influence loomed large over metal and stoner rock. Formed in 1990 in San Jose, CA, the power trio found immediate acclaim after the release of their debut album Volume One in 1991, and the accolades never ceased.

Sleep's output (which consisted of undeniable genre touchstones like Sleep's Holy Mountain and Jerusalem / Dopesmoker) slowed with their hiatus in 1998, though their story was far from over. After reforming for a triumphant live reunion in 2009, Sleep (Al Cisneros, Matt Pike and Jason Roeder) resurfaced with the one-off singles "The Clarity" (2014) and "Leagues Beneath" (2018). Then came the surprise album The Sciences (winkingly released on April 20, 2018). The album found a perfect home with the genre-agnostic aficionados at Third Man Records, and its release was followed by sold-out shows around the world.

As another 4/20 surprise, 2021 will see Third Man release a 2x12" version of "The Clarity" accompanied by "Leagues Beneath." This new release contains stunning all-new artwork and etchings by Dave Kloc and was entirely remastered by Bob Weston of Chicago Mastering Service. 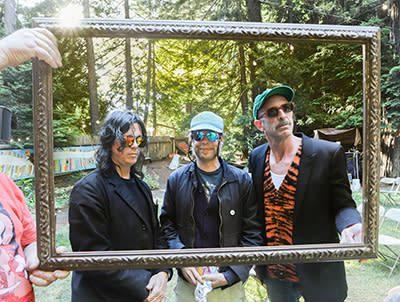 16 years after their quiet debut, Matt Sweeney and Bonnie "Prince" Billy are back. They look like we do, and may live somewhat the same. Yet, they are multiplied. What once was Superwolf, now are Superwolves.

In the time since the paradigm-shifting Superwolf record, the duo's singular songs have found bewildered, unsatisfied champions in Neil Young and Rick Rubin (to name a few) and led Sweeney to collaborations with Johnny Cash, Adele, and Neil Diamond. However, slow-burning cult-status and a who's who of endorsees has not shifted the ways of the Wolves. Another quiet record arrived in April, perhaps even quieter than the first. What world, REALLY are Matt Sweeney and Bonnie "Prince" Billy from? A place of all-music, knowing no borders and no morals, where all can be destroyed and built again in the name of love and light, together.