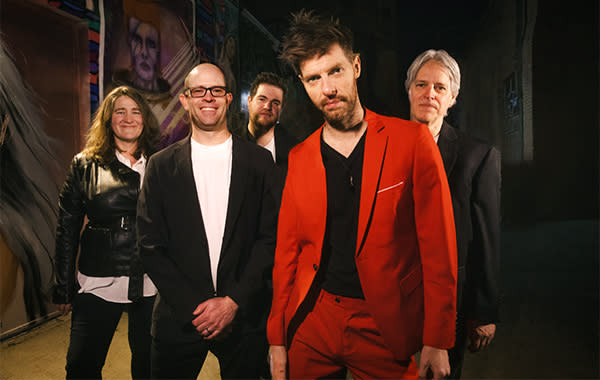 It often feels like music flows from other dimensions, appearing out of nowhere and burning off into the ether as it spreads.

Dust City Opera materialized out of Albuquerque, New Mexico, but they might as well have slipped through some intergalactic portal or stowed away on a derelict spacecraft before crashlanding in the desert. These eclectic musicians—Paul Hunton [vocals, guitar, songwriter], Clara Byom [clarinet, accordion, keys], Travis Rourk [trombone], Scott Brewer [bass], and Dave Purcell [drums]—entwine strands of grunge, gothic country, punk, folk, and rock as the soundtrack to stories steeped in cosmic horror, transformation, and transcendence. After building a cult following and raising tens of thousands of dollars on Kickstarter to launch their next chapter, Dust City Opera perfected this otherworldly vision on their independent second full-length album, Alien Summer.

"Musically, it's a gothic grunge orchestra," states Paul. "For me, opera suggests an epic drama. We've applied the grandeur of opera to a rock band. That's what this is."

In many ways, it fulfills Paul's destiny. Under the influence of everything from H.P. Lovecraft and Stephen King to Soundgarden and The Handsome Family, he founded Dust City Opera at the top of 2018. As the story goes, he brought the band together merely two weeks in advance of what would be their first gig. Given the wide swath of inspirations and dynamic sonic palette, the frontman and sonic ringmaster sought out musicians on guitar, accordion, clarinet, euphonium, trombone, bass, and drums. After watching her play, Clara first became a part of the collective followed by Travis—with whom Paul played in a big band. Scott, and more recently Dave, joined the fold and the band began to record and perform together. 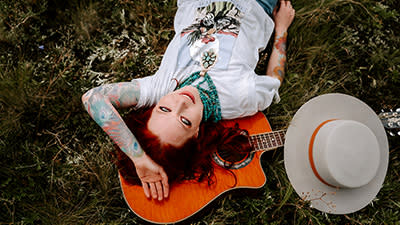 Born and raised in Montana, Eryn Bent has small-town, Western roots that influence through her songwriting. Marrying emotive lyrics and moving melodies, her autobiographical originals explore several genres, but cling strongly to the authenticity of folk and traditional country.