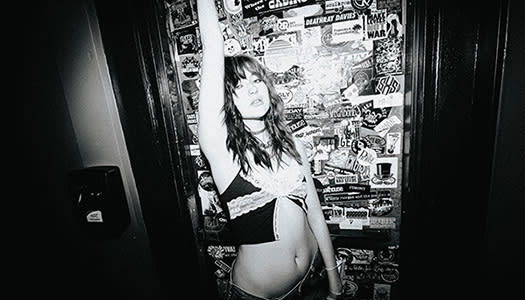 Fearlessly honest and undeniably magnetic, 18-year-old singer/songwriter GAYLE creates the kind of self-possessed pop music that's empowering for both artist and audience. Since making her debut with the boldly confessional "dumbass"—a heavily playlisted track that premiered in early 2020—the Nashville-based musician independently released a series of singles built on her unfiltered yet beautifully nuanced brand of songwriting.

Now signed to Atlantic Records/Arthouse Records, GAYLE is sharing songs that reveal her larger-than-life personality and willingness to expose her deepest insecurities and desires. Her RIAA Platinum-certified debut Atlantic single "abcdefu" has racked up over one billion streams to date and held #1 on Top 40 radio for 3 consecutive weeks, along with hitting #3 on Billboard's "Hot 100" after reaching #1 on a range of charts, including sitting at #1 for four consecutive weeks on the Billboard Global 200 and #1 on the Billboard Global Excl. U.S. charts for nine consecutive weeks. Recently featured as YouTube's "Artist On The Rise," an Amazon "Artist to Watch 2022," an MTV February "Global Push Artist," and one of Billboard's "21 Under 21: The Ones To Watch," further press highlights include a Billboard magazine Chartbreakers feature that highlights GAYLE's chart-topping success with "abcdefu."