There will be a cash bar from Slate at the Museum and food available starting at 6:30 from the always delicious Jambo Cafe (1105 Juan Tabo NE) 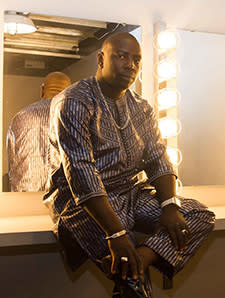 Often referred to as "The Hendrix of the Sahara," Vieux Farka Touré [website | Amazon.com] was born in Niafunké, Mali, in 1981. He is the son of legendary Malian guitar player Ali Farka Touré, who died in 2006. Ali Farka Touré came from a historical tribe of soldiers, and defied his parents in becoming a musician. When Vieux was in his teens, he declared that he also wanted to be a musician. His father disapproved, due to the pressures he had experienced being a musician. Rather, he wanted Vieux to become a soldier. But with help from a family friend, the kora maestro Toumani Diabaté, Vieux eventually convinced his father to give him his blessing to become a musician shortly before Ali passed.

Vieux was initially a drummer/calabash player at Mali's Institut National des Arts, but secretly began playing guitar in 2001. Ali Farka Touré was weakened with cancer when Vieux announced that he was going to record an album. Ali recorded a couple of tracks with him, and these recordings, which can be heard on Vieux's debut CD, were amongst his final ones. It has been said that the senior Touré played rough mixes of these songs when people visited him in his final days, at peace with, and proud of, his son's talent as a musician.

Vieux's live performances are highly energized and he is known for dazzling crowds with his speed and dexterity on the guitar, as well as his palpable charisma and luminous smile, both of which captivate audiences from all audiences in spite of any language barriers (though Vieux does speak 8 languages).

In 2017, Vieux released his latest album Samba, recorded live in front of a small audience at Applehead Studio in Woodstock, NY.  The album is already being hailed by critics as Vieux's finest, most well-rounded and mature album to date.  With each new project, Vieux expands his horizons, embraces new challenges and further entrenches his reputation as one of the world's most talented and innovative musicians. 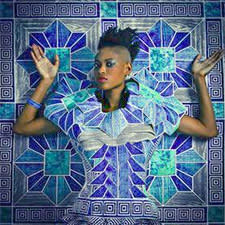 We are presenting this concert with the Albuquerque Museum in conjunction with Making Africa: A Continent of Contemporary Design, an exhibition that runs February 3 to May 6. Showcasing the work of over 120 artists and designers, Making Africa illustrates how design accompanies and fuels economic and political changes on the continent. The exhibition focuses on a new generation of entrepreneurs, thinkers and designers from and within Africa, who—as "digital natives"—address a global audience and provide the world with a new vantage point on their continent. Making Africa features a plethora of work cutting across a wide variety of media, such as the eyewear sculptures by Kenyan artist Cyrus Kabiru, the furniture of Cheick Diallo from Mali and the photography of Mozambican Mário Macilau and Nigerian J.D. 'Okhai Ojeikere.