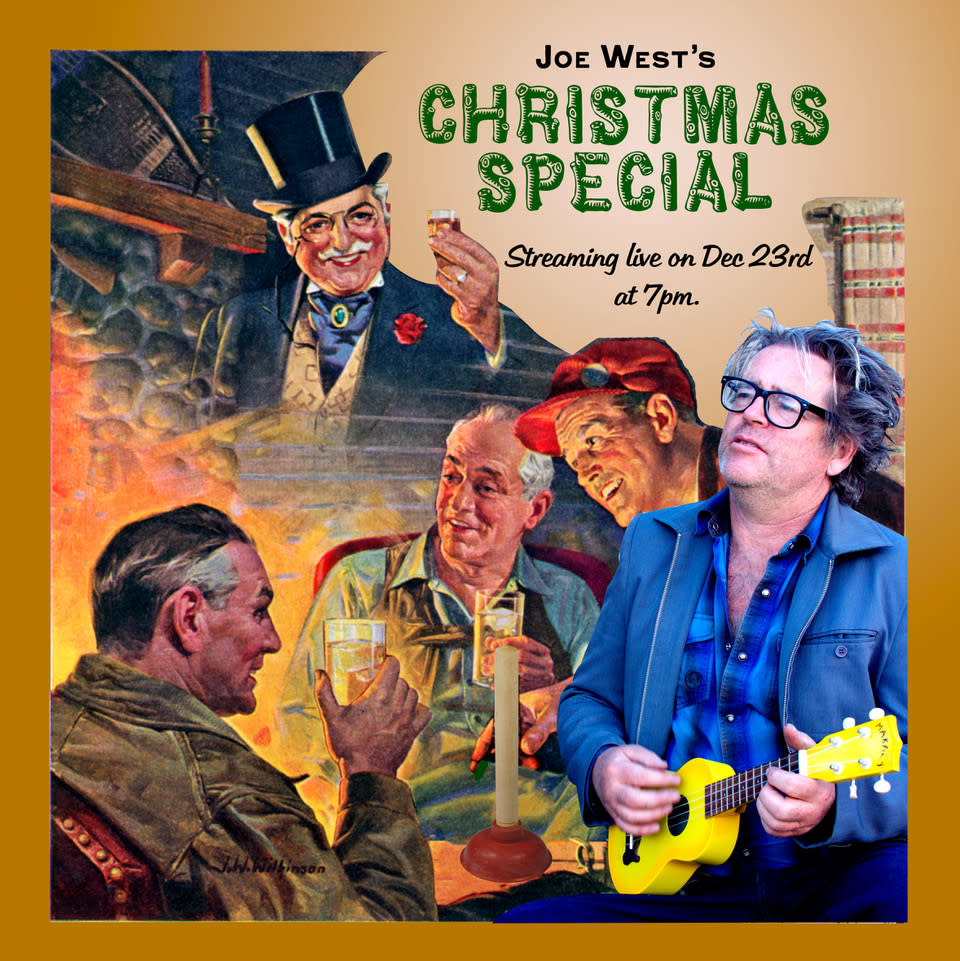 This event will be streamed from the AMP Concerts Facebook Page and YouTube channel.
Sign up for reminders at either location.
Free, but donations are encouraged!

Joe West and his musical friends host an evening of down home country Christmas cheer. Produced by AMP this will be a virtual event, created with some of Santa Fe's most talented performers. Highlighting the spirit of performance that not even a world wide pandemic can extinguish.  Joe and his band have made a tradition of putting together a "Christmas Special" every year at various venues around town. This year, with the restrictions COVID has placed on all our lives, the show will be different, but in no way less spirited.

Quirky, offbeat and melodic, his award-winning "theatrical folk music" is a singular mix of country and rock, which he has been recording and releasing on cassettes, CDs and vinyl records since the mid-eighties. He has toured extensively throughout the States and Europe, opening and sharing the stage with the likes of Peter Rowan, the Violent Femmes, Arlo and Sara Lee Guthrie, Mojo Nixon and James McMurtry.

Over the last few years Joe has created a rock opera, produced music for film and television, originated a conceptual radio show, created a film festival and founded a theater company that performs his dark horror-comedies with original live music.

Recently, with support from a grant from The New Mexico Bureau of Cultural Affairs, Joe has been collaborating with writer Andrew Wice on a full length historical folk/rock musical based on the events surrounding Billy the Kid and the Lincoln County Wars.

Joe lives on his family homestead south of Santa Fe where he spends his free hours gardening and tending to a flock of chickens.