This concert is presented in conjunction with the virtual exhibit Seven Generations of Red Power in New Mexico. 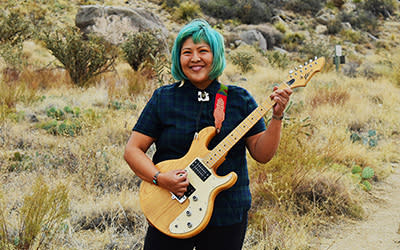 Sing Down the Moon

Sing Down the Moon is the reclaimed name and Moc gaze of Becki Jones who is a Diné Queer Femme. They are based out of occupied Tiwa Territory Albuquerque, NM, but is originally from Tsehootsooi, AZ. This solo project holds space for Becki to be vulnerable and a space to heal. Unlike her band Weedrat that likes to tear down barriers like Colonialism, Patriarchy and White Supremacy, Sing Down the Moon hits the personal side of how those structural barriers hit on a personal level. It's dreamy guitar in the red desert. 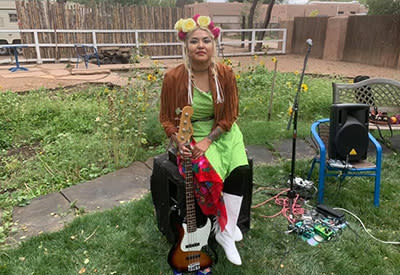 Liz Howdy (she/they) is a Diné person residing in occupied Tiwa territory, also known as "Albuquerque".  Howdy incorporates voice, bass, and buffalo hand drum to create music she refers to as having "hózhó medicine vibes" that reflects her journey as a modern indigenous person powered by ancestral resilience. 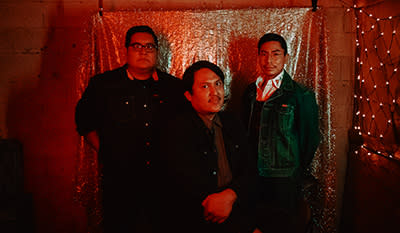 Originally hailing from the Navajo Nation, Midnight Stew has been the on-again, off-again project of front man George Yazzie. Blending lo-fi country music with shoegaze tones, this ever-rotating trio has been performing in the southwest for years. Songs about interdimensional space cowboys, Navajo radio stations, and nostalgic upbringings flood the themes of George’s lyrical content. Stewgaze fans rejoice! This may just be the band you've been looking for!