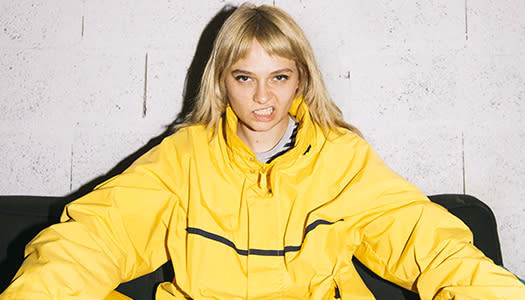 Cherry Glazerr released their explosive full-length album Apocalipstick on Inauguration Day in 2017. You might think the two tumultuous years since would have driven the band toward even more explicitly topical commentary. But as singer/guitarist/founder Clementine Creevy began writing the first of some thirty songs that would make up the new Stuffed & Ready, she found unexpected inspiration by turning inward. That meant leading her band somewhere new and writing songs that would reveal aspects of herself she realized she'd once concealed.

Apocalipstick sizzled with Creevy's confidence, vision and fiercely idiosyncratic personality. Stuffed & Ready announces Creevy as a songwriter newly tempered and strengthened by coming to terms with her own uncertainty confusion and anger. It's her go-for-broke honesty that gives Stuffed & Ready its power and gravity. "I am telling my story of how I feel and where I am in life," she says. "I'm exploring my own self-doubt. I'm confused about what happiness is and I'm searching for my place in the world. With Apocalipstick, I was an over-confident teenager trying to solve the world's problems. With Stuffed & Ready, I'm a much more weary and perhaps cynical woman who believes you need to figure your own self out first." 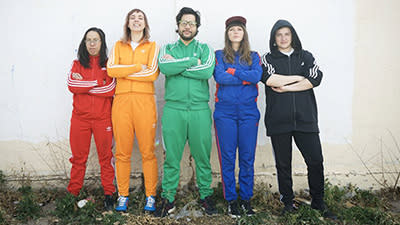 Prism Bitch is a hard rock band that beamed down in 2016 in the dust and wind of New Mexico. The group started as a four-piece and asexually reproduced an additional member in 2017, resulting in a 5-piece mix of heavy guitar/keyboard layers blended with pop hooks/melodies/harmonies and occasional total noise freakouts—often compared to The Pixies and The Yeah Yeah Yeahs.  From humble beginnings in punk rock coffeehouse open mics to nominations in the Weekly Alibi’s "Best of Burque" music awards for 2017 and 2018 (nods included for Best New Band, Best Party Band, and Best Stage Presence), Prism Bitch has had the privilege of sharing the stage with Built to Spill, Treepeople, Shonen Knife, and Le Butcherettes. Prism Bitch has a reputation for wild and performative shows, professionalism and friendship.